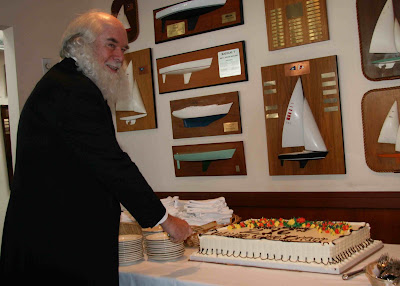 Saturday, Oct. 30: Friends of Cedarmere, a group incorporated this year, reports progress in partnering with Nassau County to reopen Cedarmere, a county-owned historic site and nature preserve. The group also hopes to restore the legacy of William Cullen Bryant (1794 to 1878), a poet, founder of the Republican Party, confidant of Abraham Lincoln, and editor of New York City's Evening Post for 50 years.

Cedarmere, Bryant's home on Hempstead Harbor in Roslyn Harbor, was the "it" place for the 19th century's most distinguished authors, artists, architects, and landscape designers. The Bryant Library in Roslyn and Bryant Park adjacent to the New York Public Library in Manhattan are named for the 19th century man of letters. A statue of Bryant, installed in 1911 shortly after the New York Public Library was completed, still graces the park. Many people will remember memorizing Thanatopsis, or Meditations on Death, Bryant's most famous poem, in high school—an activity that is still frequently included in the high school curriculum.

If the Friends effort is unsuccessful, Cedarmere could conceivably be sold and developed at some point in the future, and many aspects of Bryant's historic significance could slip into oblivion. The group recently met to discuss developments and plans for the future. The event included a celebration of Bryant's 216th birthday, complete with an appearance and a reading by the man himself, played by Frank Hendricks of Glen Cove, shown above cutting his birthday cake.

Cleanup To Begin on Sunoco Property in Glen Head

The Town of Oyster Bay and Sunoco appear to have agreed on a price for the town to purchase the recently closed gas station on the southeast corner of Glen Head Road and Glen Cove Avenue, where another potential buyer had been considering opening a 7-Eleven. A contract has been reviewed by attorneys for the town and Sunco. An environmental review has been completed. The review found "minor" contamination. Sunoco has agreed to conduct the cleanup, which is expected to begin within the next two weeks. The process will probably take about a month and will conclude with an inspection by the New York State Department of Environmental Conservation. It appears that the town and Sunoco will not sign a contract to transfer ownership until the middle of January.
Posted by Patrice Benneward at 8:20 PM No comments:

According to a press release from Hofstra University, seven candidates for Governor of New York State will appear together in a debate at Hofstra on Monday, October 18, at 7 p.m. The debate will be broadcast live by News 12 and several other cable or Internet outlets. An excerpt from the press release is below.

News 12 Networks, Newsday, and Hofstra University have partnered to present the first New York State Gubernatorial debate on Monday, October 18 at 7:00 p.m. On television, the cable-exclusive event will air live on News 12 Long Island, News 12 Westchester, News 12 Hudson Valley, News 12 The Bronx and News 12 Brooklyn. It will also be carried on Time Warner Cable’s NY1 and YNN, providing coverage throughout the state.

The debate will be held in front of a live audience of invited guests, including community members, local leaders, and Hofstra students. All seven candidates in the race have been invited to attend, and have confirmed:

In addition to airing on cable, News 12 and Newsday, as part of their commitment to serve as leading resources of news and information in New York, are streaming the event live on www.news12.com and www.newsday.com, making the debate available to anyone with Internet access.
Posted by Patrice Benneward at 11:14 AM 1 comment: