NYS Department of Environmental Conservation Commissioner Pete Grannis, right, with Glen Cove Mayor Ralph Suozzi, visited Hempstead Harbor yesterday, kicking off a state-wide tour of sites that showcase the most significant environmental improvements achieved in New York State since the first Earth Day was celebrated 40 years ago.
Commissioner Grannis announced the anticipated opening of Hempstead Harbor to shellfishing, an activity that has been prohibited in Hempstead Harbor for decades owing to poor water quality. State studies show that the water is now clean enough for the ban to be lifted. If federal data confirm state findings, shellfishing soon will be permitted in certain designated areas.

Much of the improvement in water quality is due to the work of the Hempstead Harbor Protection Committee, an inter-municipal organization made up of the nine municipalities surrounding Hempstead Harbor, as well as local community groups and state agencies that serve as technical advisors.

Each municipal government—Nassau County, the towns of Oyster Bay and North Hempstead, the City of Glen Cove, and the villages of Sea Cliff, Roslyn Harbor, Roslyn, Flower Hill, and Sands Point—appoints a representative and pays modest dues to participate in the committee.

Since the Hempstead Harbor Protection Committee was established 15 years ago, it has completed water quality improvement and harbor management plans and has secured nearly $3 million in grants to implement plan recommendations.

“Progress is often painstakingly slow, but the local and state commitment to the Hempstead Harbor Protection Committee has been tenacious. We appreciate all that our state agencies and municipal governments have done and look forward to continuing to work together on many projects that continue to improve and protect Hempstead Harbor.”

The civic association has supported the Hempstead Harbor Protection Committee since the committee's early days by providing letters of support for grant applications, assisting with public outreach, and helping to set the environmental agenda. The Coalition to Save Hempstead Harbor has been testing water quality in the harbor for more than a decade in partnership with the committee, Nassau County, the Town of Oyster Bay, and the NYS Department of Environmental Conservation.

Among the activities that have contributed to the overall environmental improvement of Hempstead Harbor are an upgrade in wastewater treatment at Glen Cove, conversion of Roslyn’s wastewater treatment facility to a pump station, designation of a no-discharge zone for watercraft, closure of two incinerators and a landfill, implementation of a nitrogen limit for Long island Sound, removal of rotting barges from a nearby sand mining operation, and wetland restoration.

In addition to many grants aimed directly at water quality improvement, the municipalities on the committee have recently obtained grants to construct canoe and kayak trails in Manhasset Bay, Hempsead Harbor, Oyster Bay, and Cold Spring Harbor. 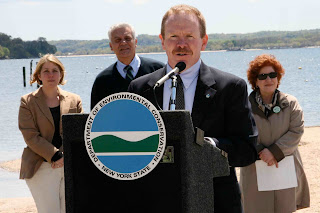 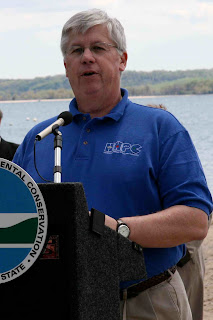 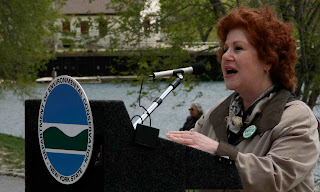 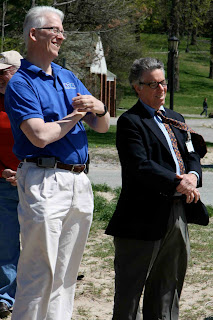 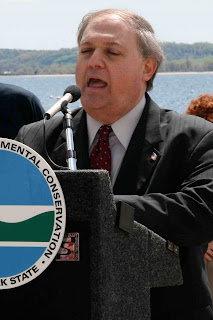 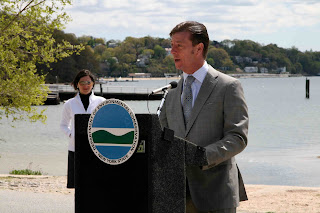 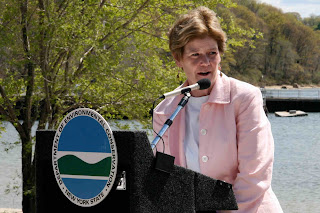 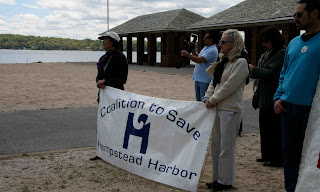 The event will begin at 1 p.m. on Sunday, April 18, at Morgan Park, Glen Cove. All those who enjoy and care about Hempstead Harbor and invited to attend.

The anticipated opening of a portion of the harbor to shellfish harvesting for the first time in more than 50 years and the important role that citizens can play in bringing about environmental improvements will be emphasized.

The Hempstead Harbor Protection Committee (HHPC) is an inter-municipal organization made up of the municipalities surrounding the harbor. HHPC has obtained grants to create harbor management and water quality improvement plans, improve conditions at Scudders Pond, and begin development of a canoe/kayak trail in Hempstead Harbor, Oyster Bay, and Cold Spring Harbor—among many other important environmental projects.

The Glenwood / Glen Head Civic Association is a technical advisor to HHPC and a strong supporter of the committee's work, as is the Coalition to Save Hempstead Harbor, a non-profit organization.

DIRECTIONS TO MORGAN PARK from Glen Cove Fire House at northern end of NYS Rt. 107: Turn right onto Brewster Street. At first light, make a left onto Mill Hill Road (take the fork going UPHILL). At the top of the hill bear left onto a street called The Place. Make the third left onto McLoughlin Street (you will see a sign for Morgan Park there). Follow McLoughlin Street almost to the end, and make a right onto Germaine Street. The entrance to the parking lot will be on the left.
Posted by Patrice Benneward at 11:23 PM No comments: